BROOCHES arranged by most recent to earliest worn from its FIRST appearance starting Engagement Day.

These look like half pearls.  Not sure if they are costume jewelry or not. 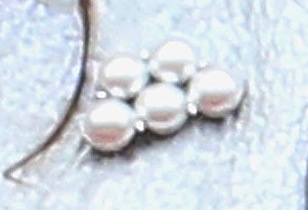 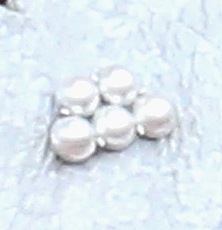 According to several articles, this celtic knot brooch was a wedding gift from Prince William.

May 29, 2014 Visit to Strathearn, Scotland: http://www.zimbio.com/photos/Kate+Middleton/Prince+William+Kate+Middleton+Visit+Scotland/c03YgjTTuBS

The brooch was given to Kate by Victoria Cross recipient Corporal Ben Roberts-Smith's wife Emma at an event at Government House on Thursday night, April 24.  Kate wore this brooch the on Anzac Day, April 25, 2014. 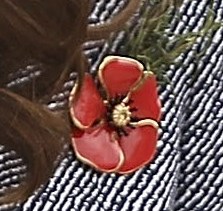 Although it looks very much like a poppy, which is what most people wore that day, it is in fact an anemone.  This design is a Carl Faberge reproduction.

The brooch is sold out. 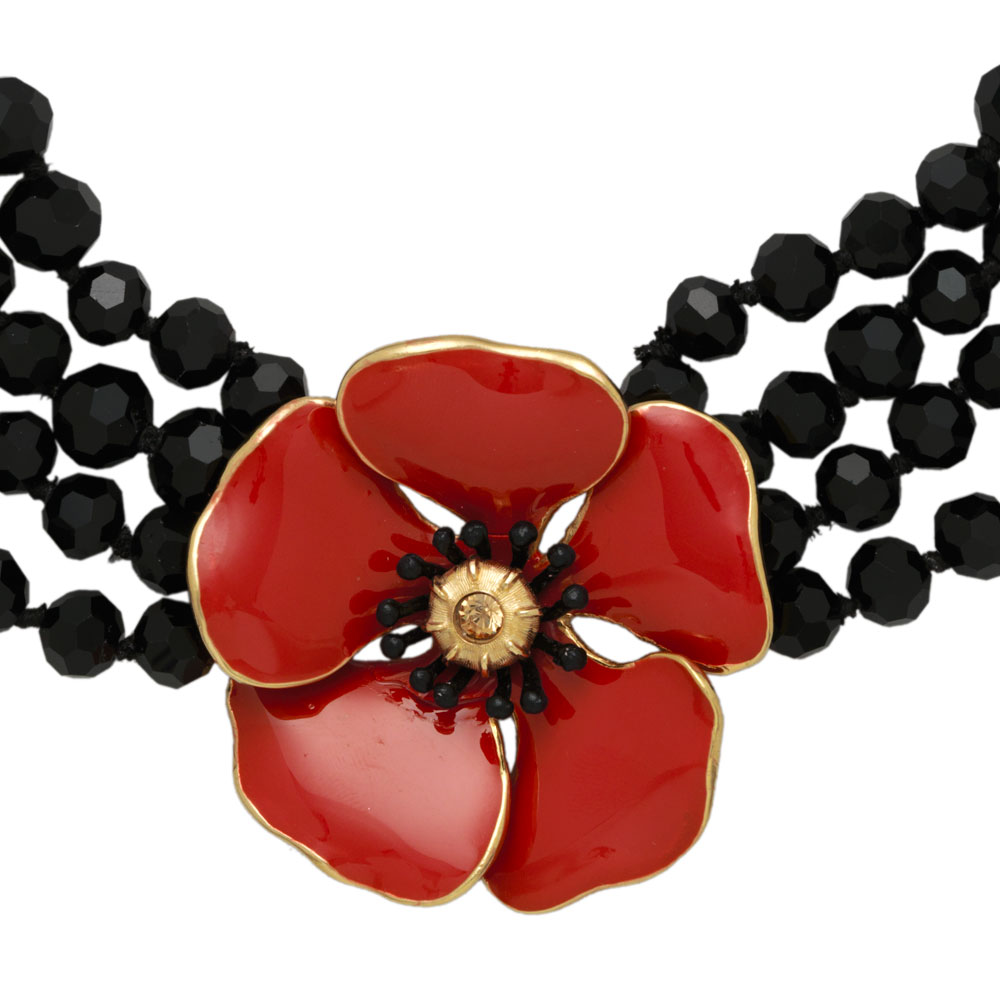 The reproductions are available at the Met Museum store.  The necklace, bracelet, earrings and small box are still available.

This diamond and platinum fern brooch is a loan from HM Queen Elizabeth II.  This fern brooch was given to QEII from the Women of Auckland, NZ during Her Majesty's Commonwealth Tour in 1953-54.

This pin is a gift from the Royal Navy Submarine Service of which Prince William is Commodore in Chief. 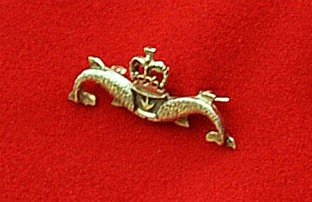 Below are two similar pins available for sale on eBay.

The one below is available to purchase on this site: http://www.navybluememorabilia.co.uk/products.asp?id=43

Due to limited photos, it's unclear what kind of leaf design the brooch has and what it is made of.  Hopefully, she'll wear it on another occasion. 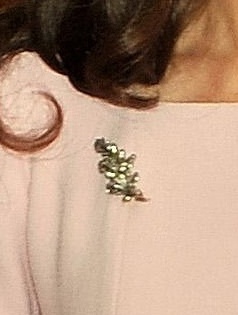 This poppy brooch is inlaid with red and black crystals and plated in 18K gold.

This brooch can be purchased from the Royal British Legion's online shop: http://www.poppyshop.org.uk/jewellery/poppy-jewellery/large-crystal-buckley-brooch.html 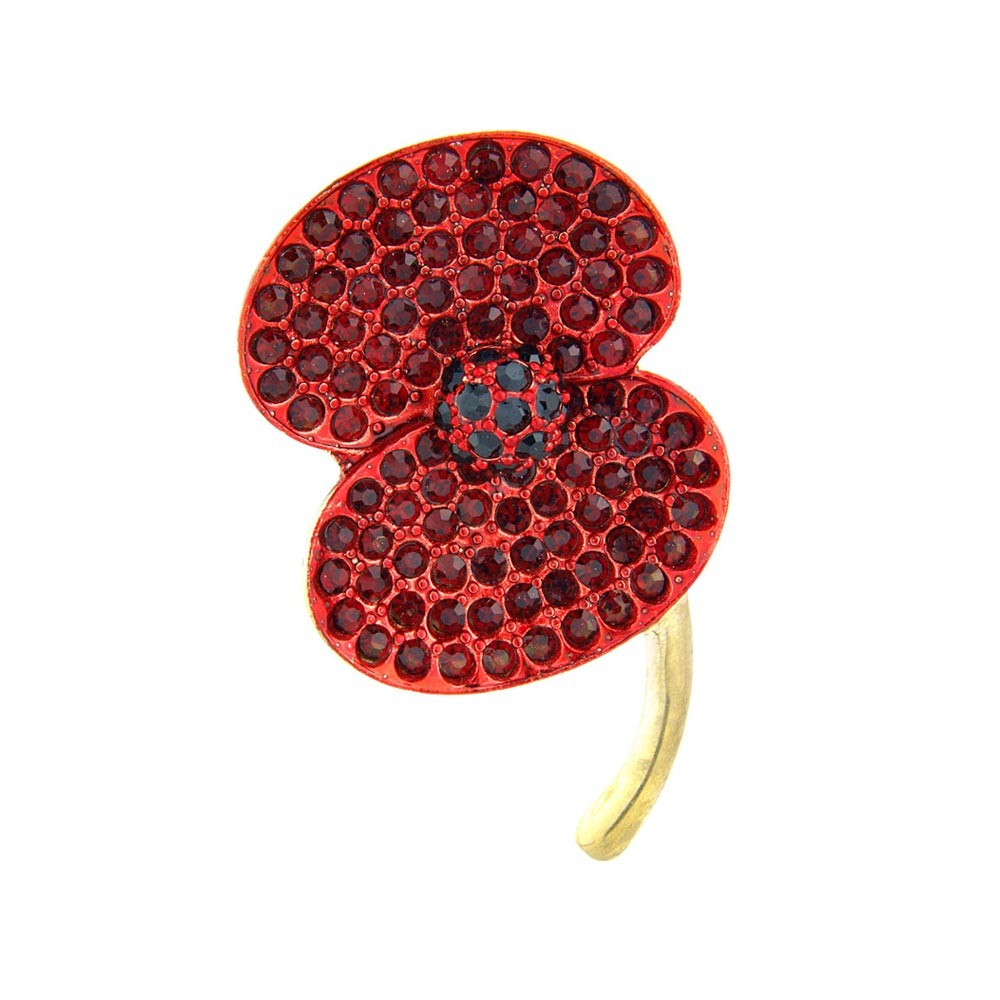 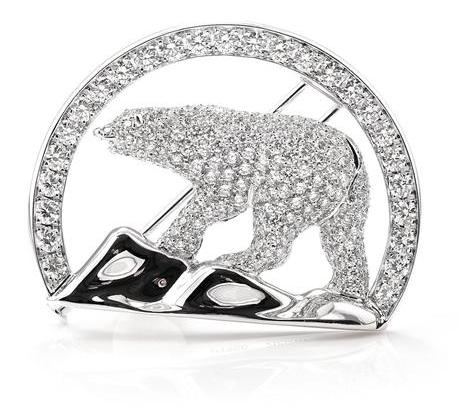 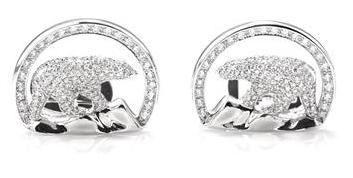 On July 5, 2011, Catherine was presented with a diamond pave polar bear brooch and William with a matching set of cufflinks.  These are presents from a government given on an official visit.  Although the couple have the use of these presents in their lifetime, I believe the gifts belong to the state.

"Prince William was presented with a set of diamond pavé cufflinks modelled on the Government of the Northwest Territories’s official polar bear emblem. The Duchess was gifted a pavé diamond brooch, also in the shape of the polar bear. Both of the gifts were created with diamonds mined at the Diavik Diamond Mine and donated and designed by American diamond giant Harry Winston."

NOTE: Harry Winston has been owned by The Aber Diamond Corporation of Toronto, a Canadian company since April 2004: http://www.nytimes.com/2004/04/03/business/company-news-aber-diamond-of-canada-buys-control-of-harry-winston.html

From the Royal Collection site: http://www.royalcollection.org.uk/microsites/queenandcommonwealth/MicroObject.asp?row=93&themeid=944&item=93

This banner was created by Baxter and shows all the women who have worn this brooch.

From the knowledgeable Boffer, who posted this message on July 1, 2011 at the Royal Jewels of the World Message Board:  The Diamond Maple Leaf brooch seen in the banner remained in the exclusive possession of the Queen Mother (other than when she lent it to the then Princess Elizabeth in 1951) until her death in 2002 - when it passed to the Queen and seems to be the only jewel that the House of Windsor collectively "share".

First brooch on Catherine as she hands out medals to the Irish Guards at the Victoria Barracks in Windsor.  This gold shamrock brooch was lent to Catherine by the regiment.  Here's a picture of Princess Anne wearing the brooch.  The gold shamrock has an emerald stone at the center.

The tradition of presenting Shamrock to the Irish Guards actually began with Queen Alexandra and it was another Princess Royal, Mary, who took the Salute each year with the Irish Guards until her death in 1965. After that time, The Queen Mother, although Scottish in blood, accepted the invitation from the Irish Guards. They became her favourite Regiment and they actually carried their coffin as well.

About the brooch, I think that it is indeed the same brooch The Queen Mother already wore. Having read a book of the first 100 years of the Irish Guards (1900-2000), there is a caption that The Queen Mother was given a gold brooch in the form of a Shamrock on 17 March 2000 when she took the Salute on St Patrick's Day, celebrated at the time in her garden of Clarence House. She received the brooch for a double birthday: her own 100th birthday; and the 100th birthday of the Irish Guards. After he death, The Queen received all the jewellery and I think The Princess Royal received that brooch to continue the tradition of the gift of Royal Shamrock.

If indeed this was lent to Catherine, I have to wonder what happened to the brooch that the Queen Mother received.